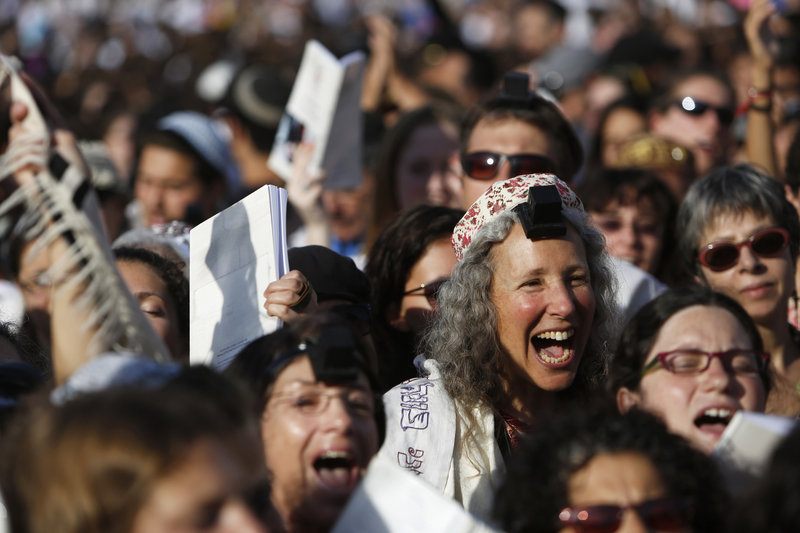 A member of “Women of the Wall” group (2nd R) wears a prayer shawl and Tefillin, leather straps and boxes containing sacred parchments, that Orthodox law says only men should don, during a monthly prayer session at the Western Wall in Jerusalem’s Old City May 10, 2013. An Israeli police spokesman said on Friday that five ultra-Orthodox Jewish men were detained during a protest against the group. Last month the Jerusalem District Court said that the women should not be arrested for wearing prayer shawls at the site. REUTERS/Amir Cohen (JERUSALEM – Tags: RELIGION) – RTXZH7M